The 180th issue of ProcessWire Weekly brings in all the latest news from the ProcessWire community. Modules, core updates, sites, and more. Read on!

Welcome to the 180th issue of ProcessWire Weekly. This week we're taking a closer look at the latest development version of ProcessWire, 3.0.80, Ryan is going to answer some common Pro module questions, we've got a new third party module, and we're listing some popular forum topics and other highlights.

Our latest site of the week is actually the first ProcessWire project of a company called Carnevale Design LLC. The site belongs to a TV show that has won two Emmy awards for being an outstanding magazine program, but more about that in a jiffy.

Thanks to all of our readers for being here with us again, and as always, any feedback is most welcome – please don't hesitate to drop us a line if there's anything in your mind you'd like to share with us.

In the latest post at the processwire.com blog Ryan talks a bit about ProcessWire 3.0.80, the latest development version of ProcessWire, and goes on to answer some commonly asked questions regarding ProcessWire's language packs and Pro modules.

ProcessWire 3.0.80 is essentially a maintenance release. A number of issues have been resolved, and probably the most notable new feature here is Repeater support for the user template. Some improvements were also made to module debugging, and a new wireCount() method was introduced in preparation for full PHP 7.2 support.

In his weekly post Ryan goes on to mention that a new stable release of ProcessWire could be out in the next few weeks. We'll keep you posted as soon as we know more about this.

In addition to the core update, this week Ryan has opted to answer some commonly asked questions regarding Pro modules – licensing, updates, and so on – and also provides us with a handy walkthrough of the process of translating ProcessWire, essentially producing what we refer to as a language pack.

Another topic covered this week's post is CKEditor – and, to be specific, its fifth version. ProcessWire includes a built-in CKEditor inputfield, and as such we're very interested in keeping up to date with the latest CKEditor updates. The future of his feature-packed RTE has a direct impact on us, and we're liking what we've seen so far.

For more details about the latest version of ProcessWire and some really helpful FAQs, don't forget to check out Ryan's weekly post at the processwire.com blog. Thanks! 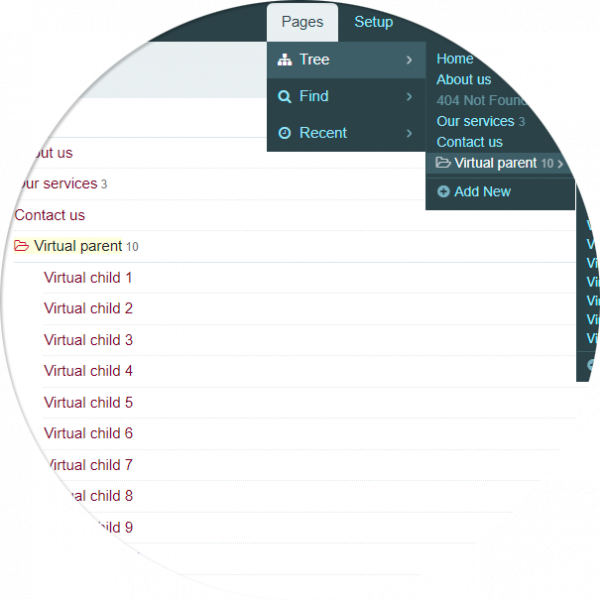 This week we've got a new module called Virtual Parents from Robin Sallis. As a word of warning: this module is very much in its early stages, and should not be considered production ready quite yet. That being said, it is an interesting one, and we wanted to get the word out right away.

Virtual Parents' roots can be traced to a feature request for "fake pages". The idea was that one should be able to create fake – or directory – pages that appear within the admin, but disappear when viewing pages, i.e. on the front-end.

Robin took that idea and delivered a module that does pretty much exactly that:

You can see the module in action in the screenshots at the dedicated support forum thread. For any questions and feedback, we'd suggest that you also turn to said forum thread. Big thanks to Robin for building and sharing this module!

Here we've got a new collection of support forum highlights and other useful and/or interesting resources. As always please let us know if there's anything important we've missed so that we can include it in one of our future issues.

Site of the week: StyleBoston.tv 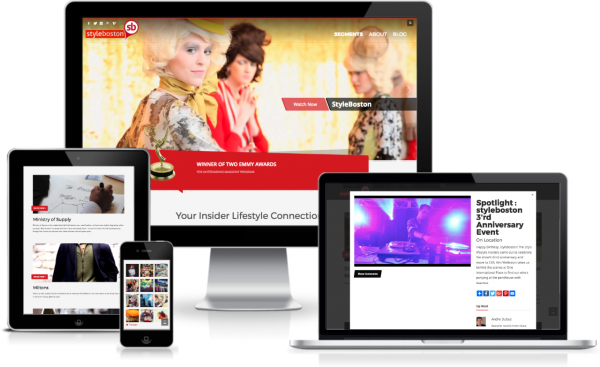 Our latest site of the week belongs to the TV show StyleBoston. Their newly released website was in fact the first ProcessWire project for Carnevale Design LLC, a creative firm from Sunapee, New Hampshire.

StyleBoston is a 30-minute lifestyle and entertainment television show, and a winner of two regional Emmy awards in the Outstanding Magazine category. The show has been airing since 2009, and covers the latest topics in design, fashion, lifestyle, influencers, and entertainment.

The site of StyleBoston features some beautiful visuals, a number of embedded videos from various categories, and embedded feeds from a bunch of social media services – Instagram, Twitter, Facebook, and so on. The content is definitely a key factor on this site, and a big part of why we're featuring it here in the first place.

The front-end of this website makes use of the Bootstrap framework and a number of JavaScript libraries, such as the jQuery carouFredSel carousel plugin. When it comes to the back-end, one familiar name popped after a bit of inspection is the friendly front-end editor Fredi – and, as one would expect from any modern website these days, all connections are secured by HTTPS (using a free SSL certificate from Let's Encrypt).

Congratulations to both the client, StyleBoston, and the author of this site, Carneval Design LLC, for a neat new site. Hopefully we'll get to see more ProcessWire powered projects from Carnevale Design in the near future!

That's it for the 180th issue of ProcessWire Weekly. We'll be back with more news, updates, and content Saturday, 28th of October. As always, ProcessWire newsletter subscribers will get our updates a few days later.