In the 313rd issue of ProcessWire Weekly we're going to walk you through the weekly update from Ryan, introduce the latest third party modules out there, and dig into a brand new site of the week. Read on!

Welcome to the latest issue of ProcessWire Weekly! This time we're going to start from the weekly update from Ryan, in which he talks a bit about the tripsite.com redesign. We've also got a total of three new third party modules to cover: InputfieldUID, Image Thumbnail Tags, and Textformatter Lite YouTube Embed.

Our latest site of the week is the portfolio website of Danish graphic designer Jonatan Rønsholdt. His work is quite stunning, and we're thrilled to feature his portfolio as our site of the week; anyway, more about that in just a bit!

Thanks to all of our readers for being here with us again, and as always, any feedback is most welcome – please don't hesitate to drop us a line if there's anything in your mind you'd like to share with us. Enjoy our latest issue and have a great weekend.

This week there were no new core updates. That client work Ryan mentioned last week has been his focus for this week as well, which means that core stuff unfortunately had to wait — but, on the other hand, there are some pretty interesting details about the newly redesigned Tripsite in the weekly update!

The latest iteration of Tripsite — some quick facts and figures 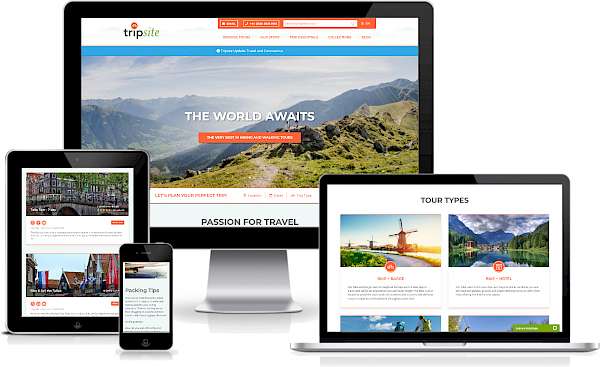 You can find a more in-depth introduction from Ryan's update, but the long story short is that the latest iteration of Tripsite — which, according to Ryan, was originally one of the earliest ProcessWire 2.x sites out there — was just released for the public.

The design part was handled by Pete, who is also the moderator of our support forum, while Ryan handled the development work. Behind the scenes Jan, who also happens to be the administrator of the servers powering the processwire.com sites, did his magic to get the server side stuff up and running in the AWS environment.

Tripsite is your comprehensive marketplace for cycling and hiking holidays in Europe, Asia, and beyond, showcasing hundreds of tours for the active vacationer, including bike and boat tours, bike tours, hiking adventures, cultural river cruises, and multi-adventure experiences!

There's a second stage for this project as well, but that's going up at a later date. As Ryan explains in his post, this site has been literally running for a decade on the same installation it does now, and while this still works just fine, some steps will be taken in the next version to make full use of newer core and Pro module features.

Meanwhile, behind the scenes...

For more details, be sure to check out the weekly update from Ryan. Thanks!

Inputfield UID is a brand new third party module developed by Klaus Hintraeger of Hintraeger Werbeagentur. This module adds an option to text fields for validating the inserted value on page save, making sure that it's a valid EU VAT number.

Behind the scenes the validation process makes use of the European Commission VIES (VAT Information Exchange System) service, and more specifically their public SOAP web service. The VIES service in turn checks the VAT number from a national database, so it should be just about as accurate as you can get.

Note: this module makes use of the SoapClient PHP extension, so before installing this module, please make sure that you have said extension installed and enabled as well.

Thanks to Klaus for sharing this project with us!

Next up we have the latest module developed by Robin Sallis: Image Thumbnail Tags. What this module does is that it displays image tags overlaid on the thumbnail using customizable colors:

The idea behind this module is to make it easier to identify which images have which specific tags without needing to open the edit view for each image, or even switch the image field display mode to list. Color configuration is optional, but pretty useful for making things extra easy to interpret.

Big thanks to Robin for sharing yet another very useful module with us!

Textformatter Lite YouTube Embed is a new Textformatter module by Jacques Maes — and it's actually his first public module, so congratulations are in order!

Now, in a nutshell this module is an adaptation of Textformatter Video Embed, designed to use the Lite YouTube Embed script from Paul Irish. Compared to Ryan's original video embed module, here are some of the key differences:

Other than that, the two modules are basically the same, so depending on your needs you could use this module as a drop-in replacement for Textformatter Video Embed — or vice versa.

Thanks to Jacques for sharing this module with us. Very interesting project! 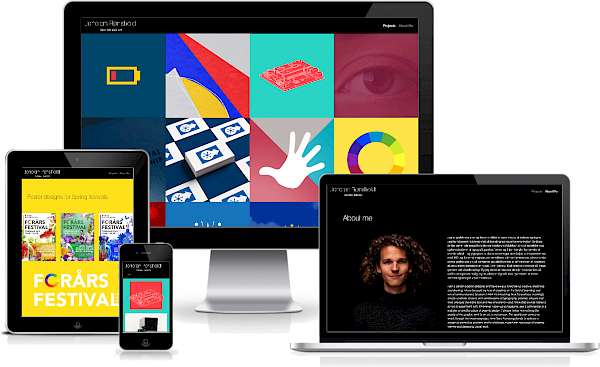 Our latest site of the week is the newly released portfolio of Jonatan Rønsholdt. Jonatan is a graphic and web designer, as well as a (self-labeled) ProcessWire lover, based in Denmark.

This site focuses on Jonatan's work, but also contains a brief "about me" section, as well as his CV. The work samples highlighted on the site are all visually striking, and range from logo design and illustration work to web and print design. For each sample there's a dedicated page providing a short summary, and often some additional details as well.

Design wise this site is a model example of a typical portfolio website: a large grid of thumbnails on the front page, and a simple yet stylish layout page for regular pages, accompanied by some custom views for the "about me" and "CV" pages. It's clearly a site designed for a single purpose, and it fulfills that single purpose splendidly.

Behind the scenes the site uses the Bootstrap front-end framework, along with some familiar JavaScript libraries, such as jQuery and the HTML5 media player Video.js. As far as we can tell there's not a whole lot of stuff going on here — this is quite a simple site after all — but we would still like to add that the performance of the site is exceptional.

Big thanks to Jonatan for sharing this project, as well as his numerous work samples, with us. Amazing stuff, keep up the great work!

That's all for the 313rd issue of ProcessWire Weekly. We'll be back with more news, updates, and content Saturday, 16th of May. As always, ProcessWire newsletter subscribers will get our updates a few days later.