33rd issue of ProcessWire Weekly brings in the latest ProcessWire news and updates from core updates to latest new modules – and more. Read on!

This issue of ProcessWire Weekly is the last one for 2014. It has been a spectacular year for ProcessWire, and from the looks of it, we won't be going anywhere in the near future either. There's clearly a demand for posts like these, so we'll keep posting them!

This time we'll introduce the updated roadmaps for both the next stable release (ProcessWire 2.6) and the next major version (ProcessWire 3.0, planned for fall/winter 2015). While the plans are still subject to chance, there's a lot of great stuff coming your way, that much is certain.

In other news, we've started slowly drifting into a vacation mode, meaning that this issue will be kind of brief. Don't worry, though – we'll be back with renewed energy and lots of new topics next year. For now, let's get this thing started!

Our core update for this week is an alternative, shorter API syntax

There's one core update this week, but it's quite interesting one, to say the least: a new, shorter syntax for some of ProcessWire's API calls. It's an alternative to the API syntax we're all used to, definitely not a replacement, so there are no breaking changes.

In a nutshell this update lets you use ProcessWire's API variables as functions, giving them a selector string (or an identifier, path, name, etc.) as an argument. Often a line of code is worth a thousand words, so below you'll find some examples of the new API syntax in action:

Note that while the examples included here (borrowed from the latest processwire.com blog post, New API Syntax Options + 2015 Roadmap) only showcase this syntax in the context of $page and $pages, other API variables have also been upgraded to support it.

The main rationale behind the new syntax is, of course, simplicity; it makes many trivial API calls shorter and more readable. While using it is optional, in many cases it can subtly improve the overall quality of your templates.

Core updates we've been reporting lately are all going to be a part of ProcessWire 2.6, currently planned for release early in the 2015. This is a pretty big update, with quite a few changes, improvements, and additions, as you can see from the newly updated roadmap.

What's even more interesting is that now we've got a chance to see some of the early plans for ProcessWire 3.0, the next major release, also planned for 2015. Ryan has covered 3.0 and what it holds for us – including the transition to PHP namespaces and the rationale behind that decision – in detail in his latest blog post.

While the set of features currently planned for 3.0 is mostly under the hood, there's no doubt that we'll see a whole lot of visible updates too. Nevertheless, the important thing to note is that this update is going to make ProcessWire stronger, more versatile, and a better platform for new and exciting features!

Session Handler Redis moves session handling from local disk (or database) to a separate Redis server. In addition to potential of speed gains simply from using Redis, this makes it possible for multiple ProcessWire front-end instances to share sessions, making it a neat tool for various load balancing needs.

Questions and comments about the module can be posted to the dedicated support thread. Please note that the module is marked as "beta" in the modules directory, so some additional caution might be warranted.

Thanks to netcarver for making this module available for us!

Site of the week: Eden Studios 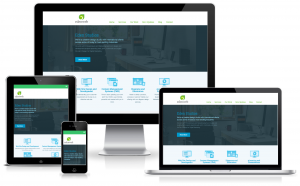 While apparently still under development, the new site of Eden Studios is looking pretty awesome. As you can see from the screenshots (and by visiting the site itself) it's responsive, boasts a clean and modern design, and overall has all the qualities of a great site.

Another awesome thing is the case story, which – in addition to describing the technical bits and modules behind the site – goes into detail about the background story for the site and the reason it's powered by ProcessWire in the first place.

I can see the front-end framework changing in future but I think EdenStudios has found a good, permanent home in PW. PW and Ryan are doing everything right. It's not the only great CMS but it's a damn fine CMS in great hands supported by a great community.

Who wouldn't love hearing comments like that? Thanks to Peter Knight for both a great site and a wonderful write-up!

That's it for the 33rd issue of ProcessWire Weekly. Our next issue will be out 3rd of January – in the meantime, you can always visit the support forums and follow @processwire for real-time news, updates, and discussions.

Thanks for reading and hope to see you here again next week. Hope you folks also have a great weekend and, since we won't be back until next year, a very happy new year!

Until next time, happy hacking with ProcessWire!