43rd issue of ProcessWire Weekly brings in latest news from the ProcessWire community. Modules, sites and other hot topics of the week. Read on!

Brand new week and brand new news! It seems that ProcessWire is getting an increasing amount of attention from all around the world, and we're really happy about that. The more people hear about us, the easier it is for new users to find their way to ProcessWire and the awesome community supporting it.

In other news, we've got a bunch of neat new core updates this week, and at least one of them is a feature that has been asked for over and over during last few years. We've also got our regular topics, such as a new site of the week.

Grab a cup of coffee and get ready, here we go!

Latest updates to ProcessWire and ProFields (2.5.22)

Ryan has published a new blog post about latest core and ProFields updates, and this time we've got plenty of those, to say the least.

First of all, we've got more improvements to RTE field image management:

Another weekly core update adds multiple-value support for has_parent. While this may be a relatively small update, it can also be a useful extension to our already awesome selector engine, as demonstrated below:

One of Ryan's own commercial modules, ProFields Textareas, has just received an important update that adds support for all sorts of inputfield types, and also provides full multi-language support.

Unless you're already familiar with ProFields modules, they're worth checking out. Not only are they great timesavers, especially in larger projects, but they're also reasonably priced, and an easy way to support Ryan's continued work on the ProcessWire project.

Our final core update for the week adds Parsedown support for the Markdown Textformatter bundled with ProcessWire. In addition to being fast and consistent, Parsedown also introduces support for GitHub Flavored Markdown, which most GitHub users are already familiar with.

As always, this is just a summary of the updates. For full descriptions, usage examples, etc. please visit Ryan's latest processwire.com blog post.

This week we received some pretty amazing news. German computer magazine c't has just published an article about ProcessWire, and after further discussion Tuts+ has reversed their earlier negative decision, and is going to commission tutorials on ProcessWire, after all.

This isn't the first time we've gotten attention, of course – ProcessWire has been featured on multiple occasions in CMS Critic and CMSWire, mentioned by Smashing Magazine in their Twitter stream, php[architect] has commissioned an article about us, etc.

Regardless, this is great news for us; Tuts+ is well-known for their quality tutorials, and c't is a huge name among German-speaking audiences:

Word of warning: this module is still in beta, so please don't expect it to be 100% perfect yet. (Being developed by Soma means that it's just a matter of time, though.)

Pollino is a new module developed by Philipp 'Soma' Urlich with the intention of easily creating polls for ProcessWire sites. While still a work in progress, the feature set already looks very promising:

If you're interested in giving this module a try, you can read more about it from the related ProcessWire support form thread, grab the code from GitHub, and see it in action on the demo site hosted on the lightning.pw platform. 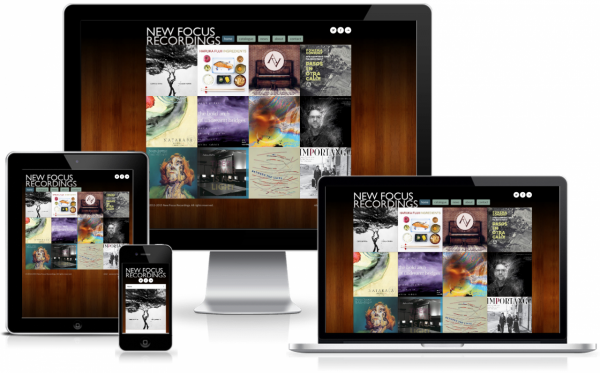 New Focus Recordings is "an artist led collective label featuring releases in contemporary music of many stripes, as well as new approaches to older repertoire." The site, built by Nibiri, is introduced in the case story at the processwire.com forums by the author himself.

The site is focused on presenting artists and their albums. In the catalogue section one can search and filter albums using an extensive search tool, albums are linked to other related albums, and one can even listen to song samples or buy full albums via the site (for a fixed $9.99 fee per digital download).

Other notable features include the pop out player – essentially another way to listen to song samples – and the New Focus Radio, which allows you to listen to full songs while browsing the site. Separate press section allows site admins to give members of the press extended access to albums and related content – a feature described in more detail in the case story.

Congratulations for both New Focus Recordings and Nibiri for building such a great site, and thanks for sharing this with us!

That's it for the 43rd issue of ProcessWire Weekly. We'll be back with more news, updates, and content next Saturday, 14th of March. As always, ProcessWire newsletter subscribers will get our updates a few days later.

Thanks for the mention of Polling.